In today’s article we would like to introduce the Mediterranean Sea. You will find this article full of facts that you did not know about the Mediterranean Sea. It is an exciting and complex sea, covering a vast area. That is why this is just a short article with a touch of an extremely rich history, characteristics, diversity of life, development, treats and human influence, which will develop into other blog articles, covering more specific subjects. At this point, feel free to suggest a topic that you would wish to read in our blog or if you want to participate and write your own article, you are very welcome.

The Mediterranean Sea it is such an interesting, beautiful (and full of history) place.
It has been named in many different ways; In Greek,  Mesogeios  “middle earth”, the Romans called it Mare Nostrum  “Our Sea”, in the Bible  it was known as HaYam HaGadol  “Great Sea”, in Hebrew  HaYam HaTikhon “the Middle Sea”, in German Mittelmeer, in Arabic  it is known as al-Bahr al-Mutawassit “The White Middle Sea” and in Turkish  – Akdeniz  “the White Sea”. Word Mediterranean comes from the Latin „mare medi terra” which means “the sea in the middle of the land”; in fact it lies between the continents of Africa , Asia  and Europe . 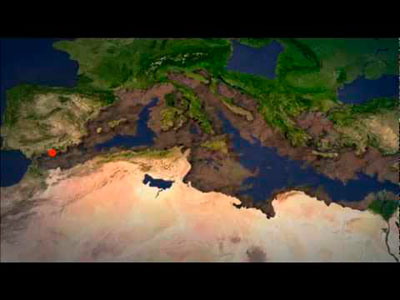 Long time ago the Mediterranean was involved in the tectonic  collision of the African  and Eurasian  plates, which was a geodynamic  evolution for the Mediterranean Sea. As a result of those events, the Mediterranean dried up and the Messinian Salinity Crisis  occurred about 12 to 5 million years ago. The level of water was around 3km below sea level and that formed enormous deposits of salt at the bottom of the sea, in some places up to three kilometers thick.   The Mediterranean re-flooded again about 5 million years ago. It took 2 years to fill with water, when the Strait of Gibraltar reopened and the Atlantic Ocean poured through. The strength of the flow was stronger than the flow of the Amazon River.
*BLACK FROG DIVERS 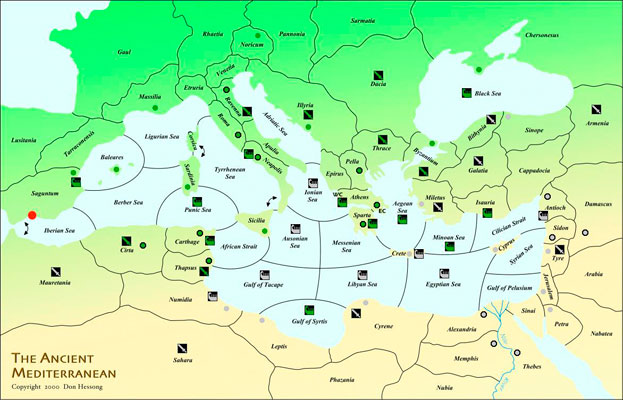 Many ancient civilizations over the centuries were located around its shores. The two most noteworthy were the Greek  and the Phoenicians . Many different cultures had access to the Mediterranean Sea and that led to many historical and cultural connections, between the ancient and modern societies, as the common sea provided routes for trade, colonization and war.
* BLACKFROGDIVERS 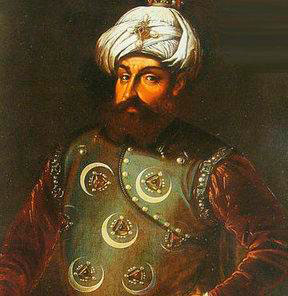 It was the time of a famous Captain – Barbarossa – one of the Ottoman military Officers in command. On 7th of October 1571, they were defeated by a European Holy league, arranged by Pope St. Pius V and that was the last battle of naval galleys in the Mediterranean Sea. The Barbary pirates  or Ottoman Pirates captured more than 1 million Europeans as slaves over the years, but they were released in August 1816 by the Anglo-Dutch fleet.

The Mediterranean Sea is situated between Europe to the north, Africa to the south, and Asia to the east.

It is connected to the Atlantic Ocean by the Strait of Gibraltar  and to the Marmara  Sea and the Black Sea , by the Dardanelles and the Bosporus . A 163 km long man-made Suez Canal  connects it to the Red Sea .
A shallow ridge between the island of Sicily  and the coast of Tunisia  divides the Mediterranean Sea into two main parts; the Western Mediterranean 0.85 million km² and the Eastern Mediterranean about 1.65 million km². 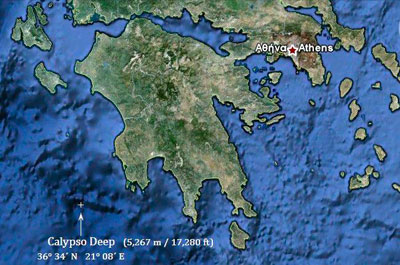 The whole of the Med Sea covers an area of about 2,512,000 square km or about one percent of the Earth surface. From east to west 3860 km and a maximum width of 1600 km. The deepest point is 5,267m known as The Calypso Deep  in the Ionian Sea. On average it is 1500 m deep and this is the largest and deepest enclosed sea on Earth.

There are many seas in the Mediterranean Sea: Alboran Sea, (Torrox Costa – this is where we are), Balearic Sea , Ligurian Sea , Tyrrhenian Sea , Ionian Sea , Adriatic Sea , Aegean Sea  and some other names that have been in common use from the ancient times: Sea of Sardinia  as a part of Balearic Sea , Sea of Sicily , Thracian Sea , Myrtoan Sea, Sea of Crete , Icarian Sea , Cilician Sea , Levantine Sea . 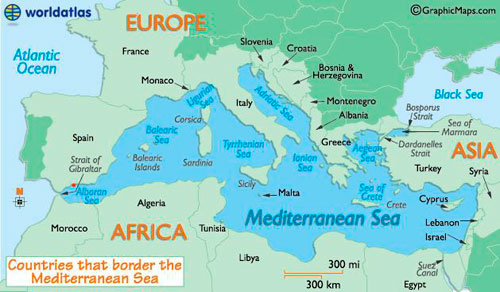 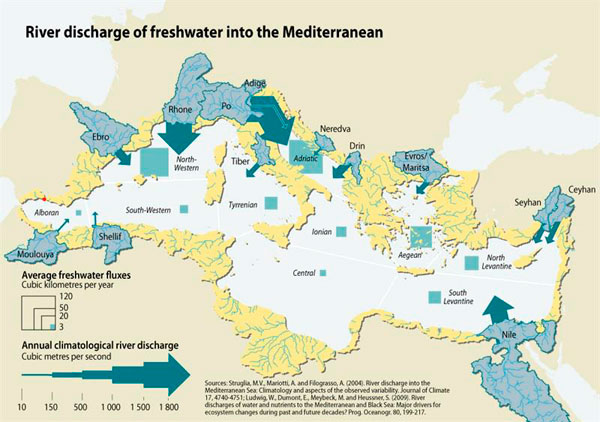 Rivers that flow into the Mediterranean Sea

Because the Mediterranean Sea is almost completely landlocked, its tides  very limited.
Rivers that flow into the Mediterranean Sea are: Ebro (Spain), Rhone (France), Po River (Italy) and the Nile River (Egypt). Those few rivers and rain can’t keep up with the evaporation of the Med which is approximately 2500 cubic km per year. This water deficit makes the water more saline than in the Atlantic Ocean: 39 % compared to 36 %.
*BLACK FROG DIVERS 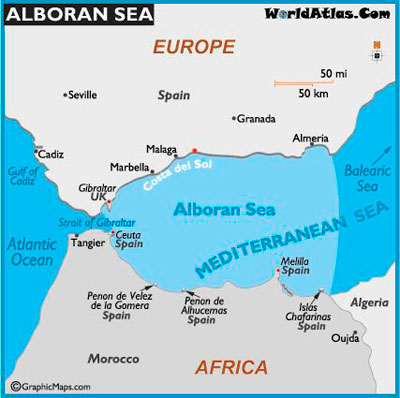 The Alboran Sea  is where those two waters meet, containing a mix of Mediterranean and Atlantic species. The Alboran Sea has the largest population of Bottlenose Dolphins  in the western Mediterranean, it is a home to the last population of harbor porpoises  and it is the most important feeding grounds for Loggerhead Sea Turtles  in the whole Europe. This is where Black Frog Divers are located, you are very welcome to come and see for yourself how amazing this part of the Mediterranean Sea is.

The Mediterranean Sea is an ‘almost’ entirely land lock sea and has ‘miscellaneous’ oceanographic dynamics and water circulation patterns. That makes a rich and unique biodiversity of this Sea, to be recognized as one of the most important places in the world.
Diversity of the seafloor from sea grass beds, rocky shores and sandy beaches to the slope, steepness, seamounts, canyons, mud volcanoes, cold seeps and trenches more than 5000 m deep, supports a great variety of marine wildlife, including marine mammals and sea turtles.
When the Suez Canal  was open in1869 between the Mediterranean and the Red Sea , because The Red Sea is higher, it pours into the Mediterranean and plants and animals from the Red Sea have begun to colonize the Eastern Mediterranean. Having advantage over Mediterranean Sea species, because the Red Sea is saltier and more nutrient,
Invasive species have become a major component of the Mediterranean ecosystem. 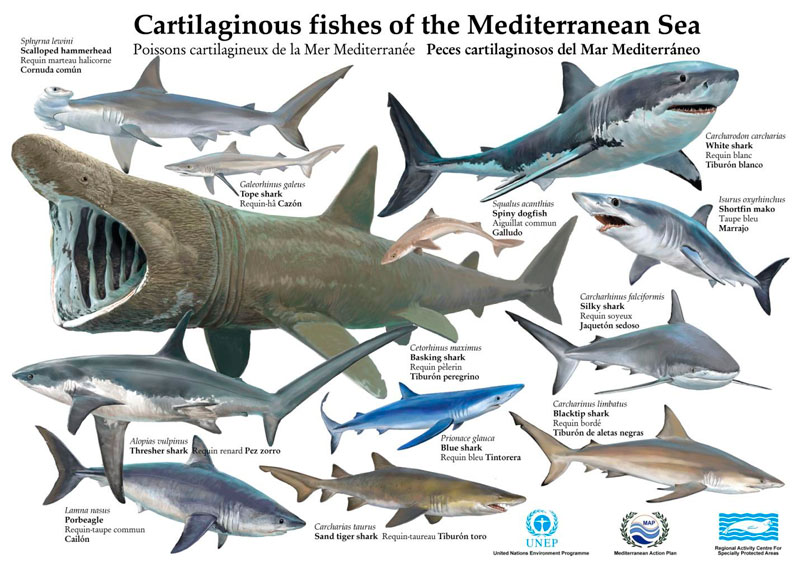 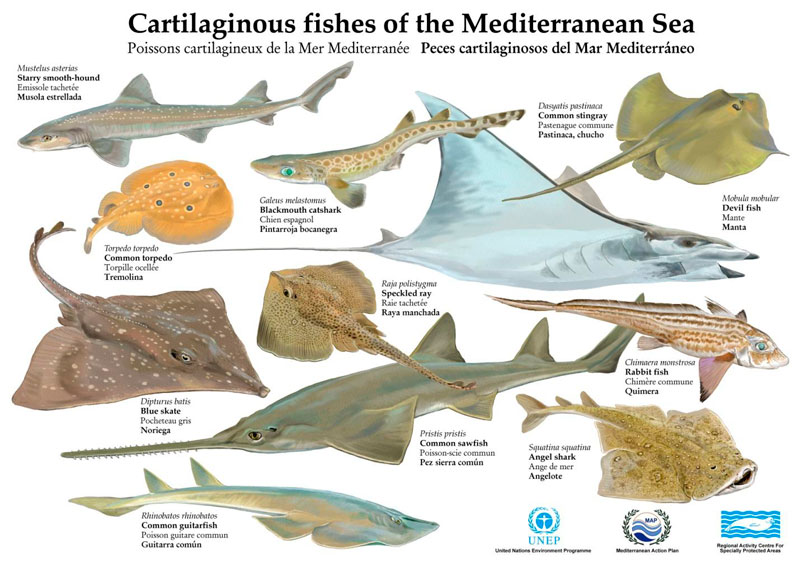 Some other animals who live in the Mediterranean Sea: the Sponge Verongia each individual filters a hundred liters of water per day, Sea Anemone, Spirographe, common Cuttlefish, common Octopus, Crabs, Nudiebranches, Shrimps, large mother-of-pearl, Mola Mola and many, many, many others …. .

Occupying 1.1% of the surface of the world’s oceans, the Mediterranean today, presents a spectacular exhibition of corals, some of which are not found anywhere else. More than 200 species of coral (total 5,600 species worldwide) live in the Mediterranean. 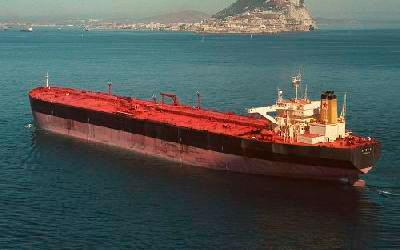 It is the most popular tourist destination in the world, attracting one third of the world’s international tourists. It attracts 220 million tourists every year, a figure expected to rise to 350 million by 2050.

Rapid development has caused erosion and pollution in many places along the coasts.

“Alien” species have a serious impact in the marine environment, competing with native species for food and for space.
Fish stock levels in the Mediterranean Sea are very low, albacore  and blue fin tuna , hake , marlin , swordfish , red mullet  and sea bream  are threatened.

Aquaculture  is expanding and currently it is for 30% of the fish consumed worldwide. Mediterranean coastal areas are already over exposed to human influence, where untouched areas are rare.

The Mediterranean Sea is an area where the oil industry is highly active. In the early 1990’s there were 116 offshore platforms in operation. Between 1987 and 1996 an estimated 22,000 ton of oil entered the Mediterranean as a result of accidents, an average of 10 spills per year. 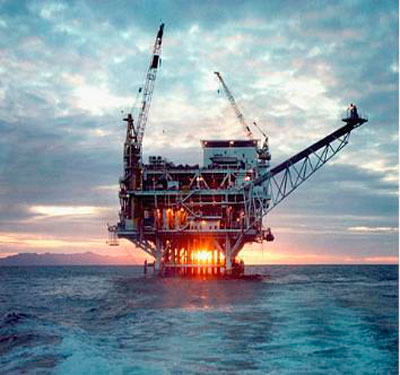 By the year 2100, the level of the Mediterranean could rise anywhere, from 3 to 61 cm, because of climate change . Rising sea levels will submerge parts of Malta  and the Nile Delta .

But there are things that we can do; people of the Mediterranean play a crucial role! The coasts of the Mediterranean Sea itself, is like a dream land and visitors to the Mediterranean, as well as its inhabitants, know they are onto a good thing. This is the best way to start and take care of the sea, start with ourselves. Simple steps like not dumping plastic, cigarette butts or any other kind of rubbish in the sea, but disposing of them in places designed for that purpose would make a difference.

On a bigger scale we should concentrate on conservation, which is a great tool to protect the variety and abundance of life on earth. Creating marine reserves, to protect vast areas from human impacts, will be very helpful. Stop illegal fishing and over fishing. Ocean resources are not unlimited! 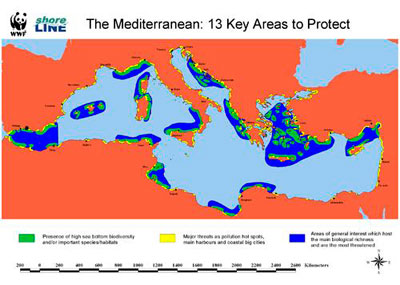 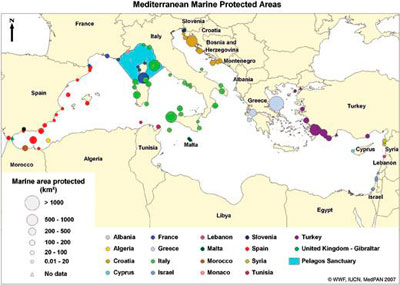 There are many international and regional commitments supported by advice and studies from many oceanic institutions for such a need and way ‘how and where’ to create marine reserves. But what is missing, is the political will to make this happened.

Imagine a Mediterranean plentiful with life, clean, healthy and productive. Marine reserves where the generations to come, can see the Sea in its full beauty. This is the way it is supposed to be. We should no longer accept or treat the
Mediterranean as a waste dump.

It is not too late! This is Our Sea and we must protect it!

We hope that you have enjoyed this short article and it encourages you to come and see for yourself how exiting and beautiful the Mediterranean Sea is. In fact, what we often hear from our divers is, “I did not expect that”, being positively surprised by what they have seen underwater. If you have any questions about Black Frog Divers diving sites and holiday offers, please don’t hesitate to contact us. Thank you for reading and we hope that you will enjoy other articles in our blog. Have a nice day!